A delectable cheesecake perfect for anyone with a sweet tooth. 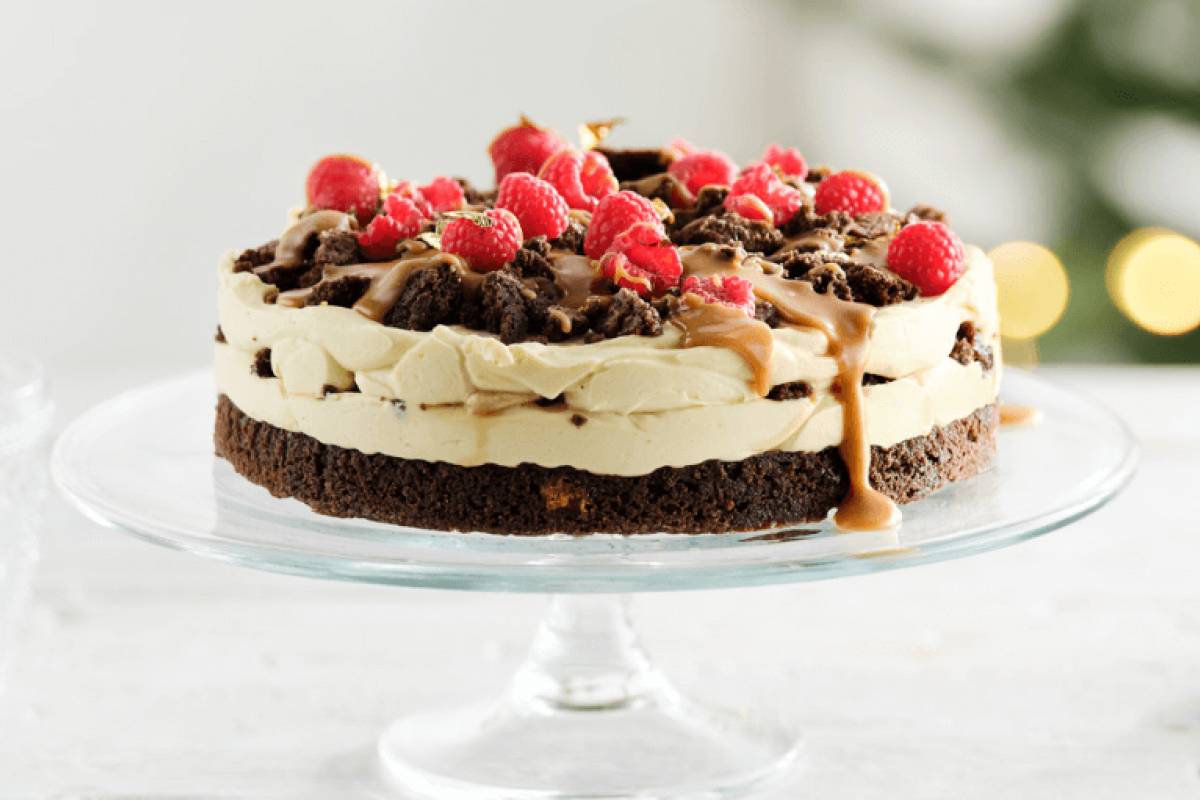 · eggs and butter called for on the brownie mix box

3. Place 1/4 cup (60ml) cool water in a small, heatproof bowl and sprinkle the gelatine over the top. Whisk to combine and set aside for 5 minutes for the water to absorb into the gelatine. Heat the gelatine mixture in the microwave, in 10 second bursts on high heat, until the mixture is melted and clear.

4. Meanwhile, beat cream cheese, 1/2 cup (125ml) of the frosting, sugar and salt in a large bowl with electric mixer until smooth. Scrape down the sides of the bowl, add the gelatine mixture and beat until smooth. Fold in whipped cream.

6. Decorate with raspberries and gold leaf, and a drizzle of caramel sauce (optional)